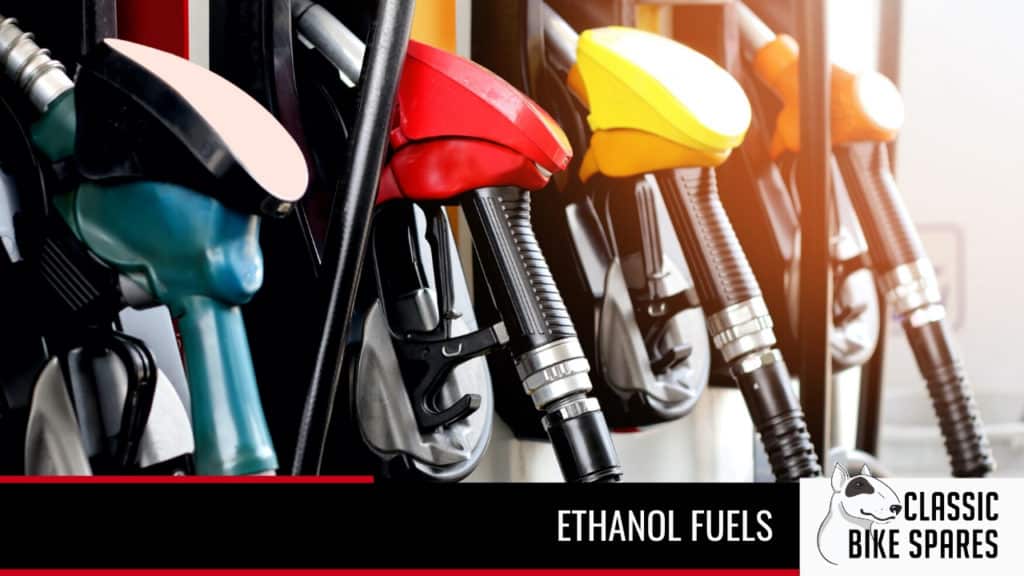 Recent debates and publicity concerns surrounding the introduction and use of “green fuels,” have raised the question of the effects of these alcohol based fuels on the materials used in Amal carburettor components.

The use of ethyl alcohol mixed with petrol up to a concentration of 10% (E10) has been common practice in the USA since the fuel crisis of the 1970’s. This blend is now regularly available in Australia and throughout Europe. Higher levels of mixes, of 22% to 85% (E22 to E85) are used in Brazil and the latest trend has been for vehicle manufacturers to develop Flexible Fuel Vehicles (FFV’s).

These FFV’s and South American vehicles have all been specifically designed to accommodate the use of these high concentrations of ethanol.

The addition of ethanol to petrol has an effect on both the performance of an engine, and also its interaction with the different materials it comes into contact with.

The addition of ethanol, up to a certain level, improves the octane number. This gives better anti-knock properties that can be helpful to older and higher performance engines that were designed for high octane fuels.

A fuel’s ability to vaporise has an effect on performance and on emissions. The addition of ethanol has the effect of lowering the temperature at which the fuel vaporises, thereby improving combustion and cold starting. However, it can increase the possibility of a vapour lock.

In addition to hydrogen and carbon, ethanol also contains oxygen. The replacement of hydrocarbons with oxygen has the effect of weakening the air-to-fuel ratio. This lowers emissions, lowers fuel consumption and raises exhaust emissions in vehicles without a three way catalyst.

The addition of ethanol causes fuel to become hygroscopic (absorbs water). This has several different effects. It becomes acidic and conductive, causing both a chemical reaction with certain materials and a galvanic reaction causing corrosion. As water is heavier than petrol, a layering effect can occur with stored fuel, having a higher water content settling to the bottom where fuel pick-ups are located. 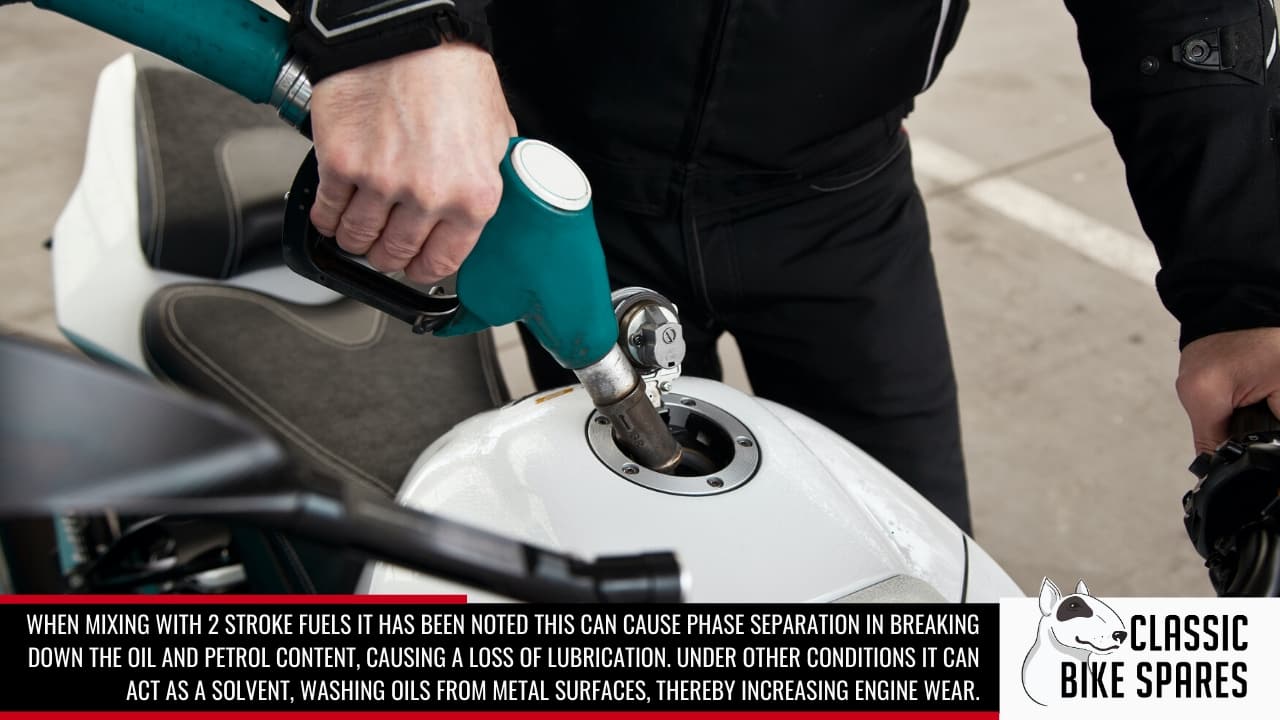 When mixing with 2 stroke fuels it has been noted this can cause phase separation in breaking down the oil and petrol content, causing a loss of lubrication. Under other conditions it can act as a solvent, washing oils from metal surfaces, thereby increasing engine wear.

Ethanol readily permeates through elastomers and plastics, resulting in a deterioration of these materials.

For fuel blends containing less than 5% ethanol, the concentration is low enough not to cause any significant effect. For 5% to 10% blend, some changes are recommended. (Bear in mind that the USA and Australia have been subjected to this concentration for a number of years without any known problems.) For above 10% the effects of ethanol are known to cause problems. The engine would require modifications which would extend beyond just changing carburettor components.

E0 to E10 blended fuels have been in use in the USA since the late 1970’s and have had no significant effect on the performance or durability of Amal products. Using blends above E10 are not recommended, as effects of these have yet to be fully investigated.

Amal has already effected changes of materials in sensitive components. Needles are being produced in nickel silver, whilst orifices are being made from manganese bronze. Diaphragms and o-rings have been upgraded to Viton or other suitable material.