Invention of the Carburettor and its Application in Classic Motorcycles 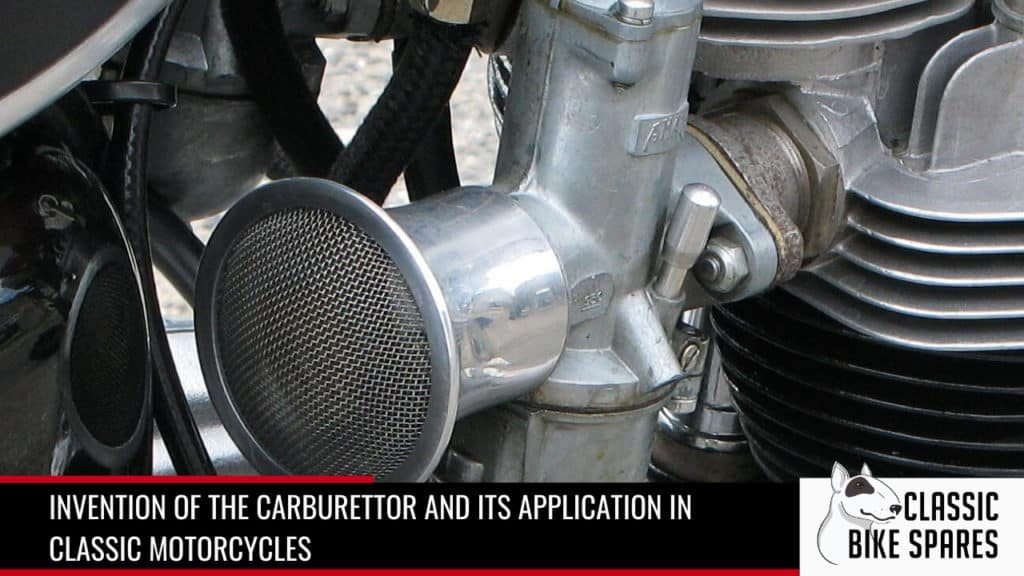 For nearly eight decades, carburettors fuelled motorcycles and every other automobile on the road. Back when the first motorcycles were invented, carburettor technology was the only way to mix fuel and air in the correct proportions for the engine to take it. Carburettors were extremely reliable, could be fixed easily when broken, and were compatible with almost every motorbike, no matter what their electrical system. No wonder then, they ruled the motorcycling landscape for such a long time.

From about 1980, carburettors were replaced with fuel-injection technology which now powers modern motorcycles, cars, and other automobiles.

What is a Carburettor?

To function properly, an engine needs to take in exactly the right amount of air so that the fuel burns properly. This is accomplished by a clever device in an automobile called the carburettor. To ‘carburet’ means to mix chemically with carbon and hence, a carburettor mixes air and fuel in the right air-fuel ratio for combustion to take place in an internal combustion engine. It has a tube attached to the valves through which air and fuel travel to the engine to mix them together in varied amounts to work with different driving speeds and conditions.

Invention of the Carburettor

Samuel Morey invented the first carburettor in 1826, and it was patented for the first time for use in a petroleum engine by Siegfried Marcus on 6 July, 1872. Subsequently, automobile pioneer Karl Benz got the first patent for a carburettor for the internal combustion engine and developed components to make this more efficient. Since then and up to at least 1980, carburettors were the common method of delivery of fuel for petrol engines. 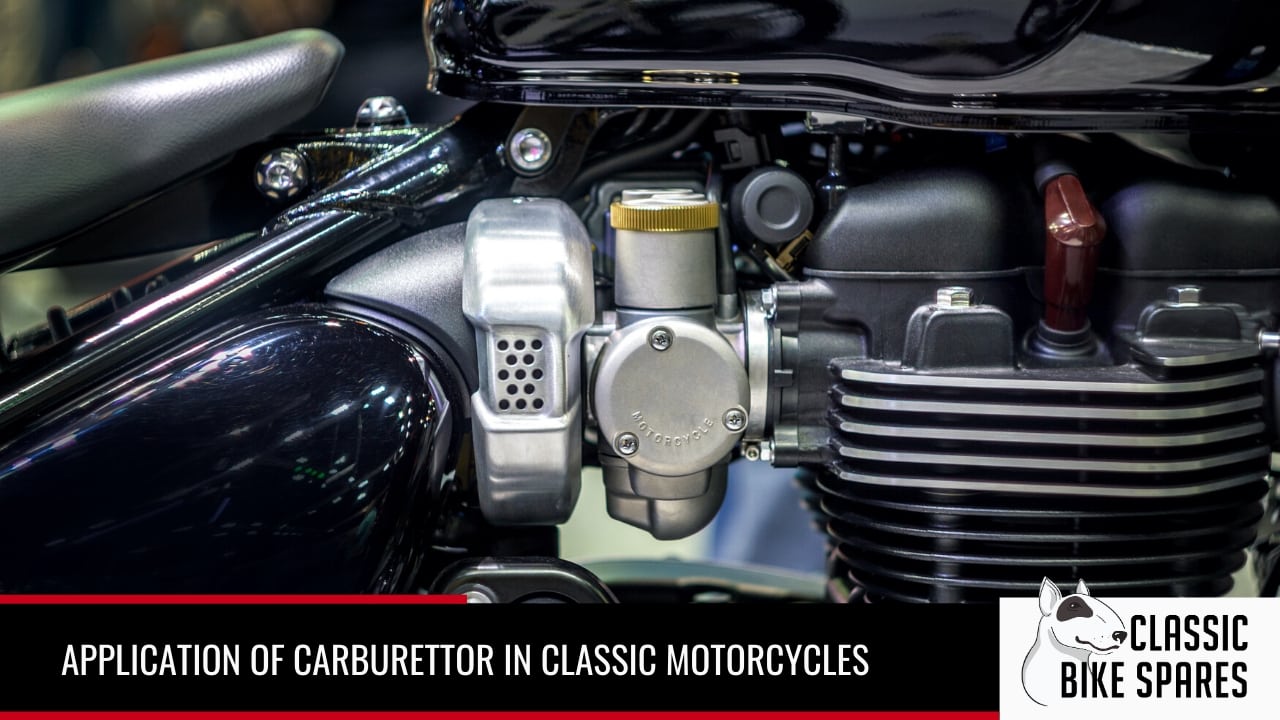 Application of Carburettor in Classic Motorcycles

Almost all motorcycles produced before the 1980’s used carburettors, and some still do. While they varied in design and complexity and could sometimes be hard to tune (ensuring compatibility of a carburettor with a particular engine), their application and operation on a motorcycle is quite simple.

In 1730 Daniel Bernoulli, a Swiss mathematician and physicist, discovered that as air velocity increases, pressure decreases. This means if air is moved through a narrow section of a tube, the air speeds up and the pressure falls.

In 1797 an Italian physicist, Giovanni Venturi, designed a tube that had a very small inlet at the narrow section in the low-pressure area. This inlet allowed the tube to pull liquid into the air. Essentially, this tube is a carburettor that flows the air through specific vacuums, admitting a very specific amount of fuel into an engine. It is known as a ‘venturi.’

So, when you accelerate your motorcycle, you are not doing anything to the fuel in it. You are simply admitting more air into the engine which allows the engine to carry more fuel.

A carburettor has a bowl which is where the fuel goes. It also has a float which controls a needle, and this needle in turn, sits on what is called a ‘seat.’ Most carburettors in motorcycles sit below the tank because they work on the principal of gravity. Mounted in this position, the float, needle and seat work in unison to allow fuel into the carburettor as needed without overflowing the bowl.

The carburettor is directly responsible for the smooth operation of a motorcycle through precise control of the delivery of fuel. Whether an engine is idling, accelerating through the turn of a throttle, or being run at moderate consistent speeds, a carburettor handles all these situations by moderating the quantity of fuel delivery.

Carburettors work well and are simple yet powerful and precise devices. They may have made way for fuel-injection technology, but ask any motorcycle aficionado, and they will tell you that the joys of developing and tinkering a carburettor-powered motorcycle remains unmatched.