Invention of the Motorcycle 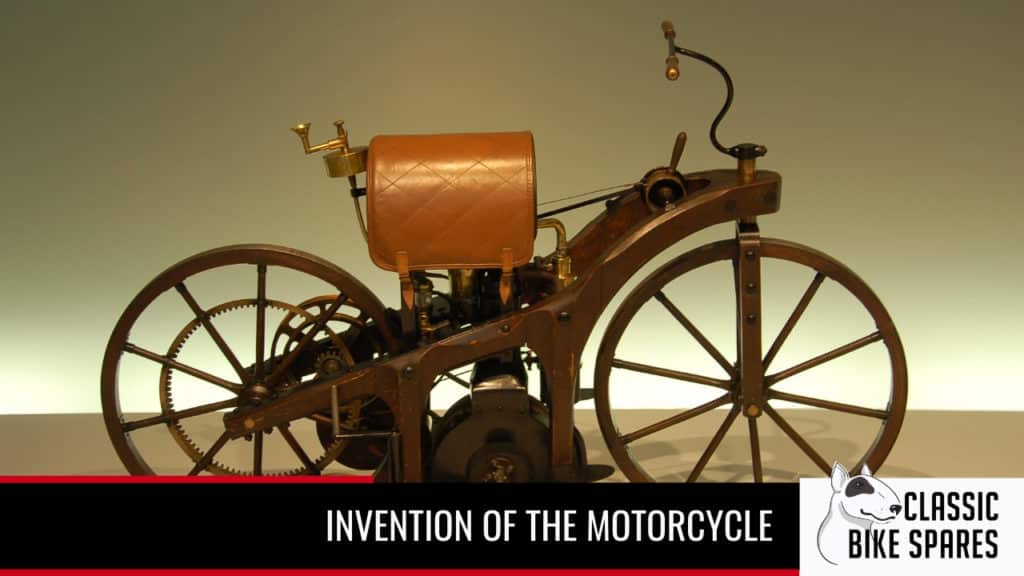 It has been more than 150 years since the first motorcycle, and the excitement and enthusiasm has hardly dwindled. On the contrary, motorcycling both as a hobby as well as a professional sport has risen to great popularity.

So, when and how did this evolution from a simple bicycle to a gasoline-powered motorbike take place? When was the first motorcycle assembled and driven? What were the challenges? Which country, continent, or inventor played a major role in the transformation? To hunt for answers to these questions, we’ll need to take a look at the entire history of the motorcycle right from its inception.

How It All Began

Sometime in the second half of the 19th century, a bicycle, known as a ‘Safety Bicycle’, with a front and rear wheel and a pedal crank mechanism, became the basis of what would later come to be known as a motorcycle. This transformation can’t be credited to a specific individual but was the result of various ideas put forth by numerous engineers and inventors in Europe during that time. This led to the first set of steam-powered bicycles.

Unless you are an automobile professional or enthusiast, you’ve probably never heard of the ‘velocipede’. This term was used to denote any wheeled device that is operated using human effort, most often pedalling. So, in a sense, a bicycle is a form of velocipede and certainly the most popular one.

In 1867, Earnest Michaux, added a small steam engine to his velocipede to create the first motorised bicycle. Earnest was the son of Pierre Michaux, a blacksmith in Paris, who founded Michaux et Cie, the first and only company that constructed bicycles with pedals called a velocipede at the time. Earnest’s steam engine was fuelled by alcohol and had twin-belt drives that powered the font wheel of the bicycle.

Then in 1868, closely following on the heels of Earnest’s steam engine, American Sylvester H. Roper fitted a twin-cylinder, coal-filled boiler between the wheels of his bicycle. Unfortunately, Roper died in an accident in 1896 when he was driving and demonstrating one of his steam-powered bicycles. More patents followed in the ensuing years but these two can safely be called the earliest examples of steam-powered bicycles. 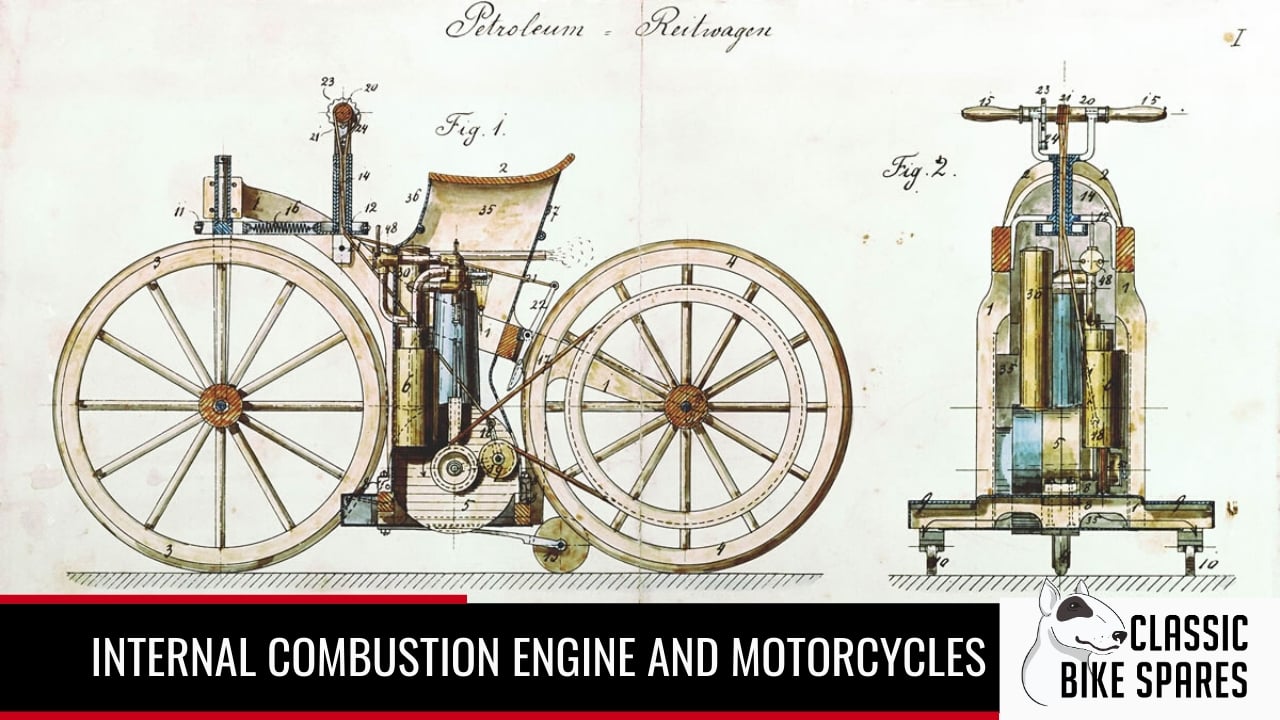 By the late 1880s, internal combustion engines had made their appearance and this changed the path of motorcycle development. The earliest and perhaps the only documented example of a motorcycle powered by an internal combustion engine at that time was called a ‘Petrol Cycle’ developed in Britain in 1888. It was a three-wheeled contraption, with the third wheel at the back, propelled by the engine. It had a throttle lever but no braking system.

At the same time, well-known German engineer Gottlieb Daimler had been working on a two-wheeled motorcycle that would run on an internal combustion engine. However, it must be noted that this motorcycle’s front wheel was not manoeuvrable and the handlebars were locked. So, in order to keep the motorcycle upright while taking turns, it used a pair of outrigger wheels.

Then in 1901, came the big moment in the history of motorcycle development. Royal Enfield, a British motorcycle manufacturer came up with their first and proper motorcycle. It was rear-wheel driven, with a belt that was attached to the 239cc engine.

At the same time, in the U.S, motorcycle manufacturer Indian, came up with their first motorcycle, the Indian Single. It was a diamond-framed bike and the first production year saw 500 of these manufactured. Buoyed by the success of the Indian Single, the company was producing over 20,000 bikes per year by 1913.

No discussion of motorcycles would be complete without mentioning the legendary American motorcycle manufacturer Harley-Davidson. They, too, had started producing motorcycles by 1903. During the World Wars, motorcycles became the popular and preferred mode of transporting to the front lines and Harley-Davidson devoted nearly half of their production towards the war supplies. Similarly, Triumph Motorcycles also provided the allies with over 30,000 of its Type-H bikes in World War I.

Post war, veterans continued partaking in the fun and thrill of biking and motorcycle production saw a never-ending boom. Through its extraordinary transformation from steam-powered bicycles, motorcycles today are a rage with the casual bikers as well as travel and sports enthusiasts.